Our team tried hard to improve daily workflow in the past few years. We made every effort to dispatch different tasks to the right person in a proper time. When features were produced, we would enlist several involvers into a micro group, usually included frontend, backend, iOS dev, Android dev, QA, UE, PM, and etc, which we called it 开队, 打怪, 打Boss, Sprint.

Guys(老湿) who were not assigned even a task would set feet on Camp(湿地), where to accomplish trivial work like bugs fixing, business supports, and so on. Tech guy was one of them, but had a bit more jobs than other guys in the camp.

Let’s look at my life as a TECH GUY in daily work!

We had used github enterprise edition to manage source for a long time, although migrated to a github-likable system code developed by guys I work with last month. But the workflow is still the same!

This is basic workflow:

In general, tech guy’s work is to click button.

This mechanism is designed to help keeping both the quality of source code and the efficiency of process. Tech guy only needs to judge whether the pull requests have met the requirements of merging.

I develop a dashboard to help tech guy watching the progress for going pull requests, which make this work much more easily. Here is a screenshot: 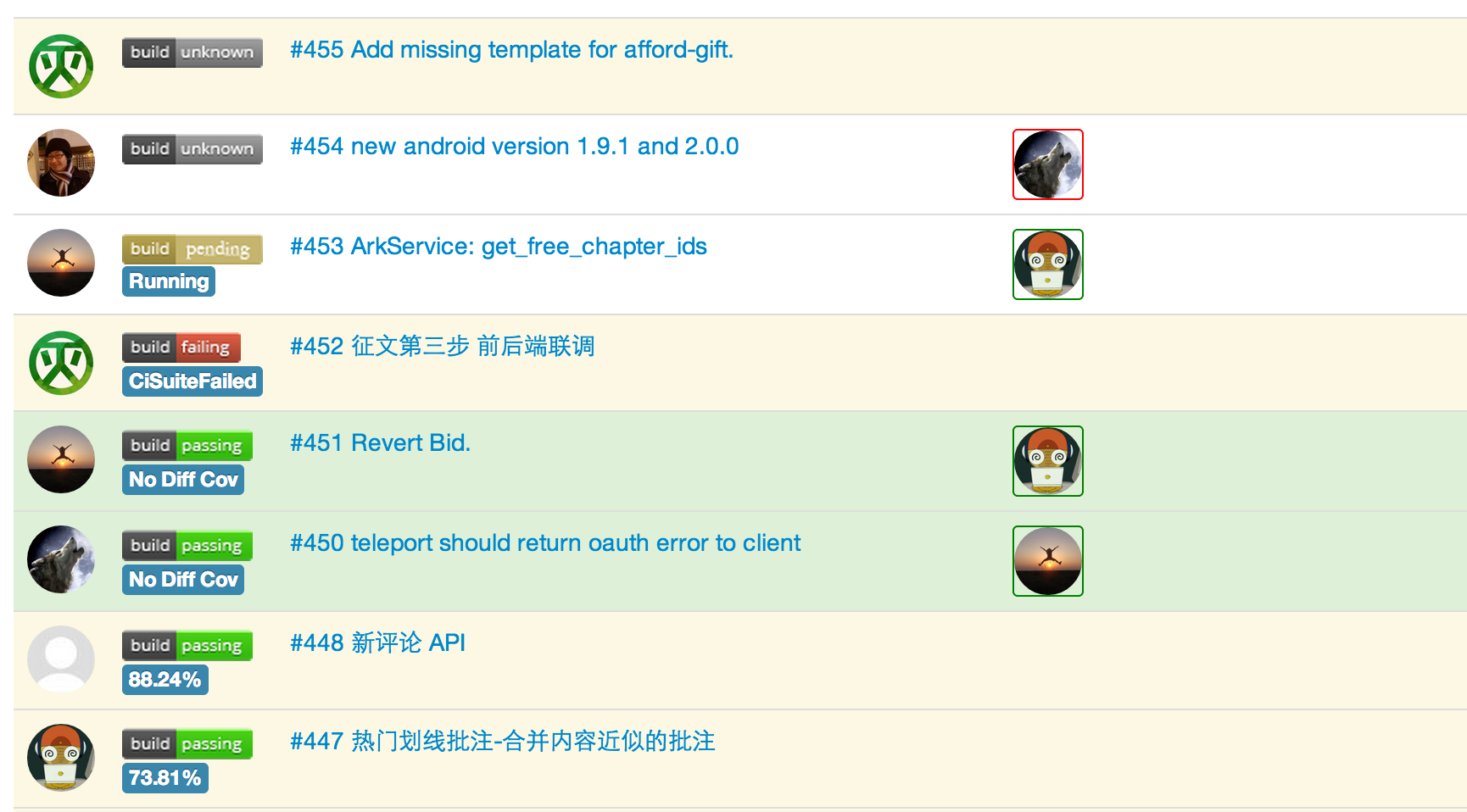 A tech guy can get all informations he wanted to merge at a glance. The basic information include requester, issue id, title, TO-DOs, reviewers, their conclusions, CI result, coverage report.

Usually, tech guy needs going to issue page and clicking the merge button whenever he sees the green item at last.

It’s really simple for him: find green item, merge it.

Although as a hub of this mechanism, he won’t be the SPOF problem. We can alternate tech guy easily by transfer authority to another guy in the camp through one setting option in the code system. Typically, we change tech guy every week. And we use a trello card to manage weekly routine: 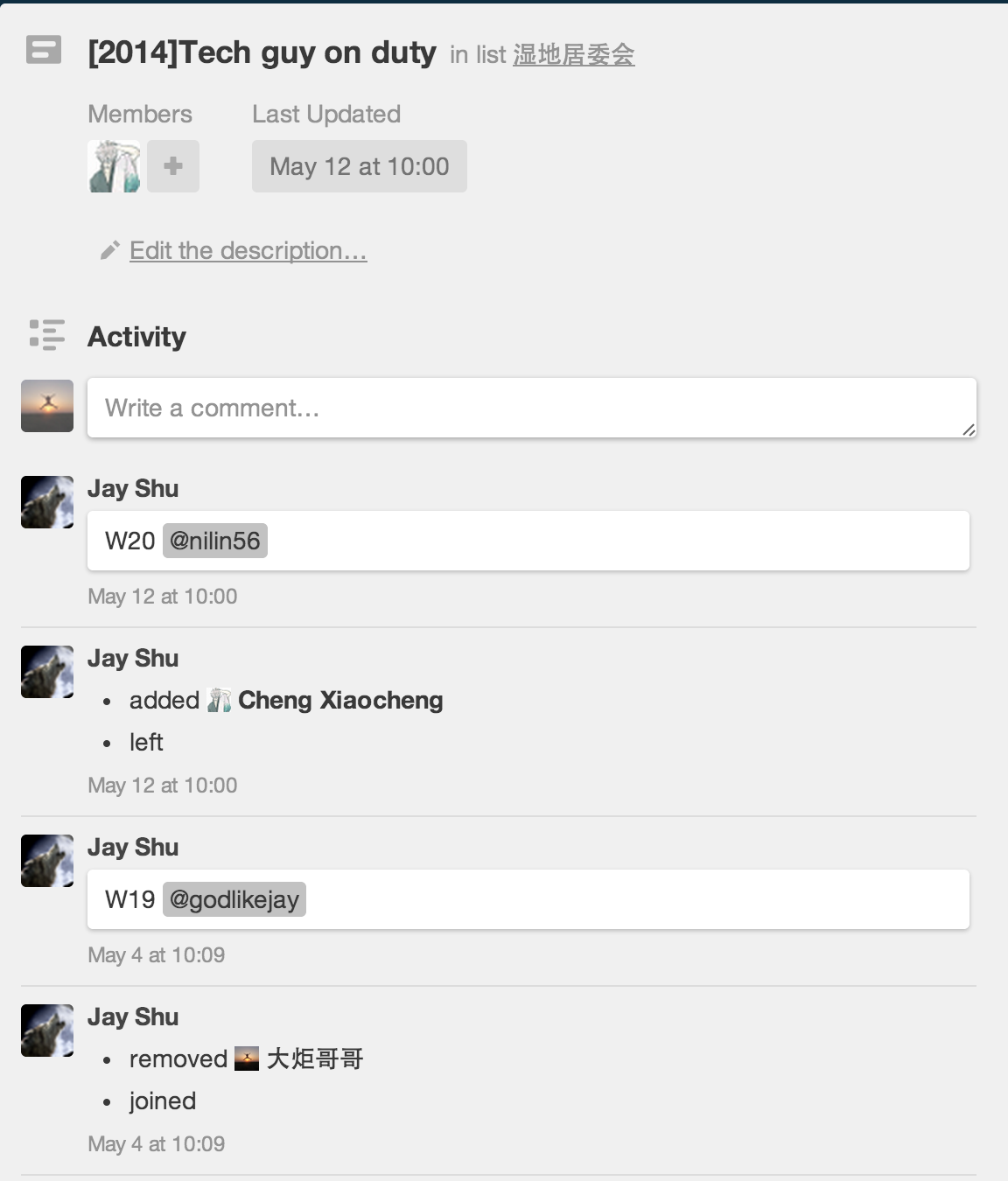 Usually it’s QA to trigger deploy event through fabric command. But tech guy is often do that so. Although every member have authority to deploy :)

Tech guy have another job: watch graphite stats. This is an example screenshot:

It’s built on to top of library cubism, which is a wrapper of d3.js. If the system is getting worse, tech guy who is concerning about graphic will quickly notice the dark green color and then make proper actions.

Usually, the errors will happen after a deployment. Tech guy need to help decide how to handle it, rollback or hot fix.

We use sentry as a realtime error logging and aggregation platform, trello as a collaboration tool to organize our projects. I also integrate trello and sentry into one dashboard for tech guy. In the dashboard, tech guy can easily report bugs to transform a sentry web page into a trello card, marking it red flag! Now he knows who is tracing the related bug. 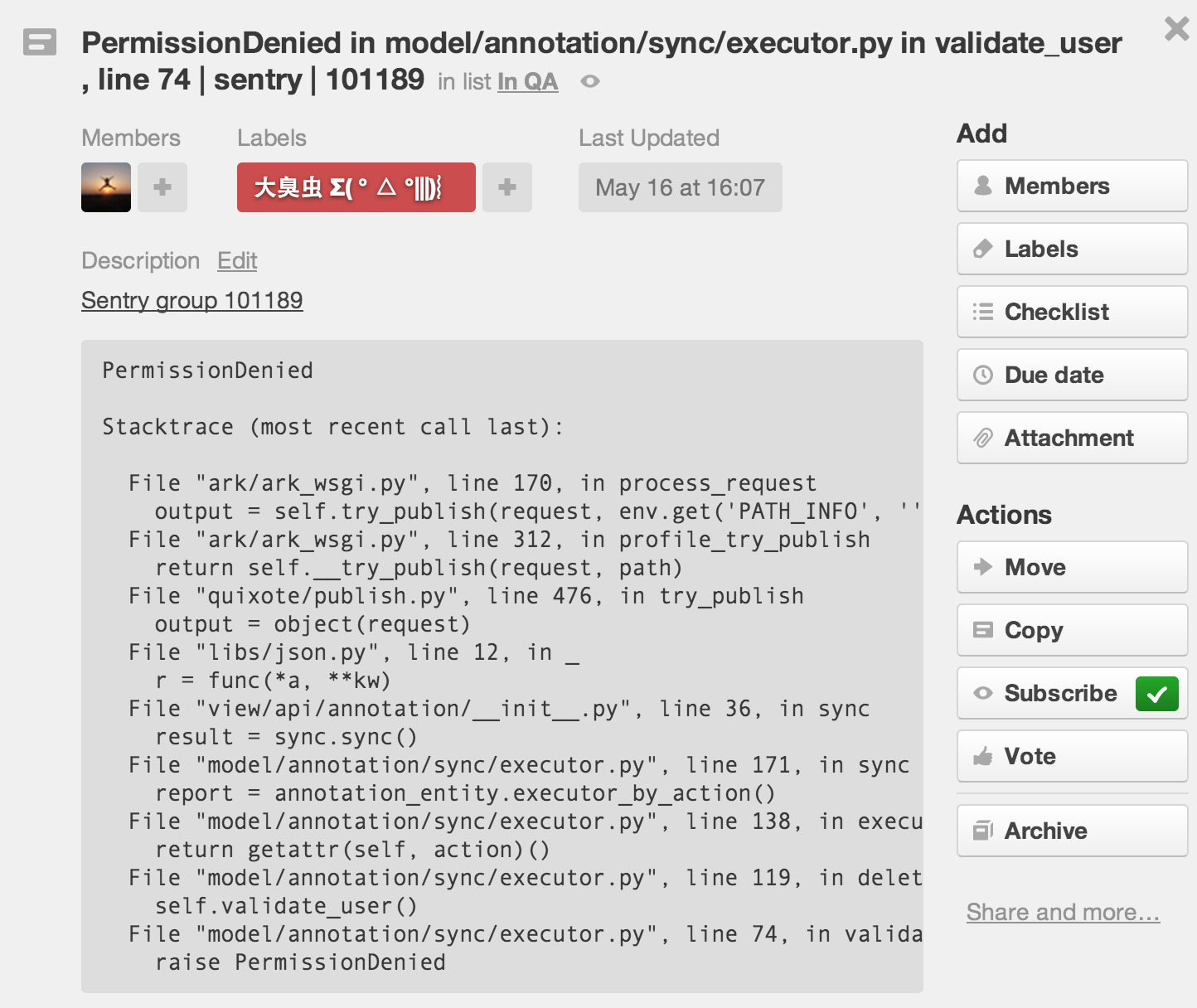 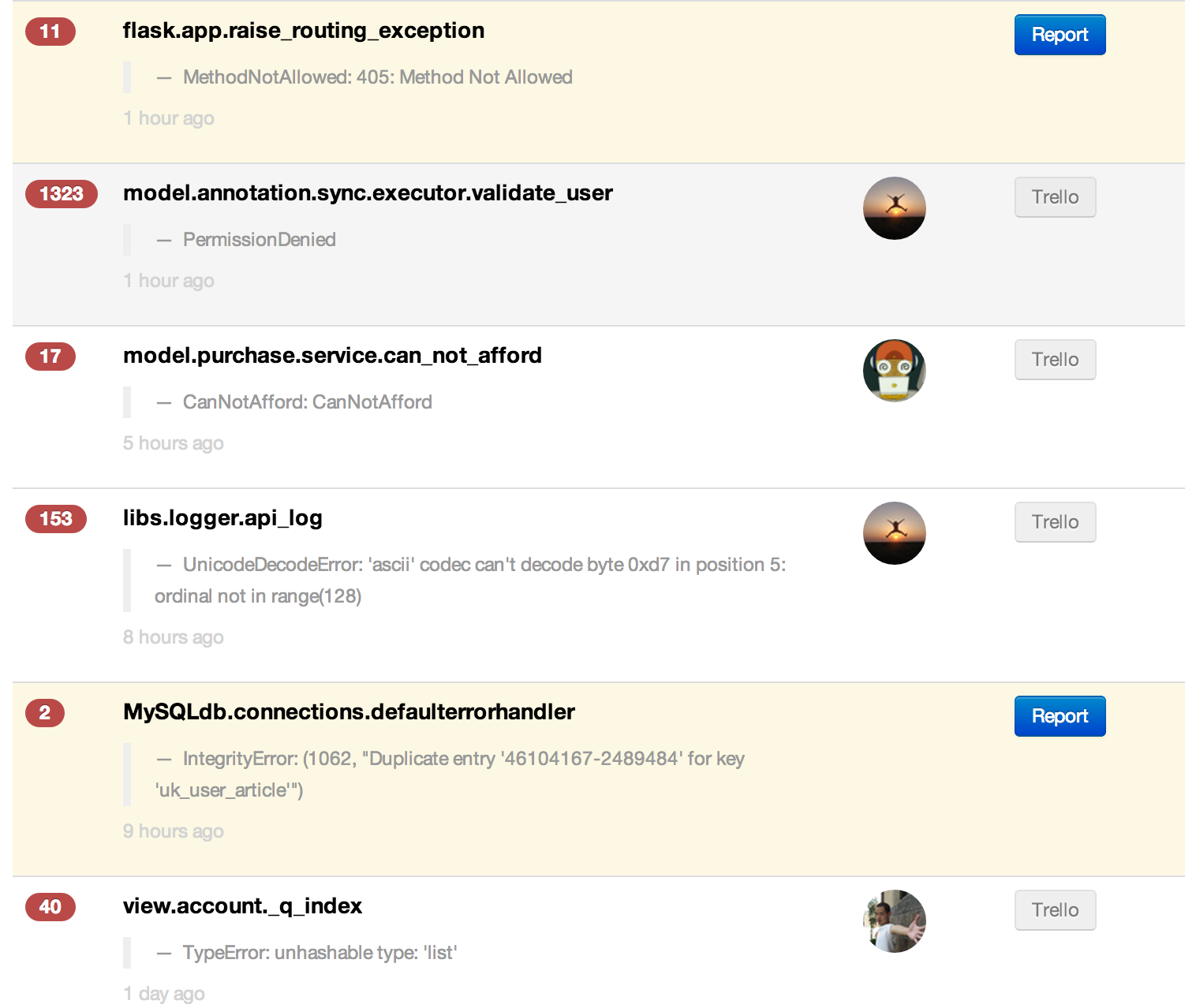 Same as other guys in the camp.

Tech guy is an important role to help other developers focus on their projects and keeping collaboration more easily. It’s kinda hoping that you like this mechanism.